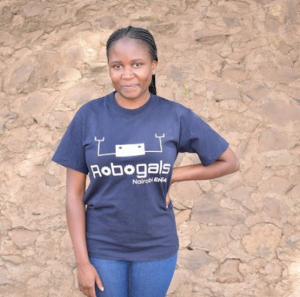 Catherine Akinyi Odera is the inaugural President of the newly established University of Nairobi Robogals chapter in Kenya. She is currently awaiting graduation from her course of Geospatial Engineering.

What inspired you to start the University of Nairobi Chapter of Robogals?

We found out there were only a few women studying engineering in Kenya. For example, at the University of Nairobi, we have only six females in my Geospatial Engineering class of 29. We thought that it would be a good idea to start encouraging girls at a young age to take up engineering and so they are in a better position to make their decision when they get to university.

What do you think is the biggest barrier preventing women entering engineering in Nairobi?

In Nairobi, before the introduction of gender equality in STEM-related fields, engineering was a male-dominated field. As a result, when we get to high school or university, we think engineering is supposed to be for the men. Engineering often deals with a more hands-on approach and women tend to shy away from this.

What has your experience starting the Robogals Chapter been like?

When we launched the Chapter at Nairobi University last month, we had people from various organisations, including the UN.

A problem we are having as a Chapter is funding and as a result, we were concerned about our ability to undertake activities at schools. However, we have started to create partnerships with other organisations that have the same vision as Robogals. For example, we recently just formed a partnership with Ubunifu, which is a school that teaches programming. We also have partnerships with organisations that mentor girls on social issues. We don’t have any robots at the moment, but we are thinking of buying our own kits of equipment, such as Lego.

We already have a new team on board, and currently I am inducting them and teaching them how to undertake their roles. We have around 60 members at the moment! At the start, it was thought that we were a female-only organisation but after a little explaining we now have male members as well! It’s a young club and it’s just starting up but is also very exciting because other universities are asking us how to start their own chapters. 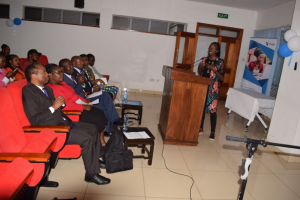 When did you first realise that STEM was what you wanted to study and do?

At first, I did not want to undertake anything to do with engineering, I wanted to become a doctor! But by my fourth year in high school I became more interested in technology, hence I was given the opportunity to take Geospatial Engineering. Hopefully, more girls are given the chance to try maths and science so that we have more women in technical courses in the future! 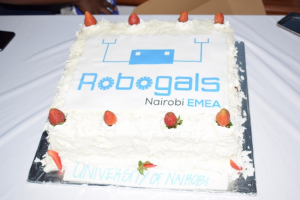 Catherine’s comments allude to the importance of addressing misconceptions that combatting gender equality is a female-led and driven endeavour. Men also play a large role in encouraging female STEM participation

If you’re interested in sharing your Robogals story or starting a new Robogals chapter at your university, we encourage you to contact us at [email protected]

Previous Story“Children from a young age should be exposed to engineering in a fun and creative manner”: Emma Fox on challenging stereotypes and bridging the gender gap in STEM.
Next StoryNew Territory – Elspeth De Fanti shares her career in Forestry